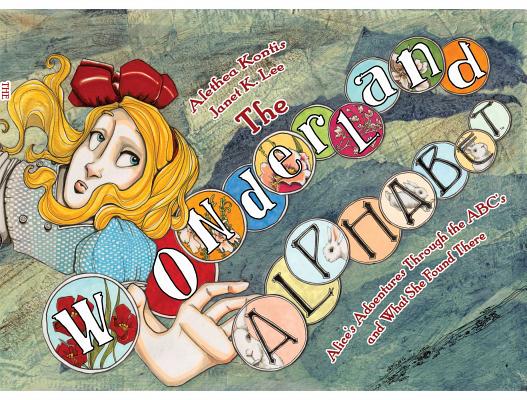 The Wonderland Alphabet (Board Books)

Alice's Adventures Through the ABCs and What She Found There

Eisner Award-Winning artist Janet K. Lee (Return of the Dapper Men, Jane Austen’s Emma) brings her incredible visual flair to the alphabet by way of Lewis Carroll in this 26-letter celebration of Alice's Adventures in Wonderland and Through the Looking Glass. Packaged as a gorgeous oversized poster board book, The Wonderland Alphabet is a surprising new look at one of the most beloved literary classics of all time.

Alethea is the co-author of Sherrilyn Kenyon's Dark-Hunter Companion, and penned the AlphaOops series of picture books. Her short fiction, essays, and poetry have appeared in a myriad of anthologies and magazines. She has done multiple collaborations with Eisner-winning artist J.K. Lee, including The Wonderland Alphabet and Diary of a Mad Scientist Garden Gnome. Her debut YA fairy tale novel, Enchanted, won the Gelett Burgess Children's Book Award in 2012 and was nominated for both the Andre Norton Award and the Audie Award in 2013. Born in Burlington, Vermont, Alethea now lives in Northern Virginia with her Fairy Godfamily. She makes the best baklava you've ever tasted and sleeps with a teddy bear named Charlie.
or
Not Currently Available for Direct Purchase
Copyright © 2020 American Booksellers Association