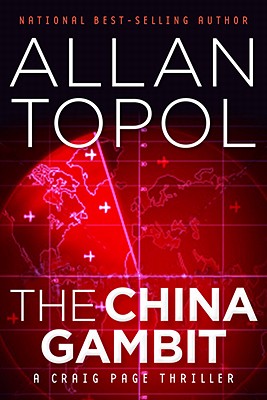 In Canada, Francesca, a young American reporter, is brutally murdered to stop her from publishing an explosive story. She has learned that Chinese General Zhou has orchestrated a conspiracy with Iran to stop the flow of imported oil to the United States. General Zhou’s goal: To leapfrog China over the United States for world economic and military supremacy. And the ruthless General will do anything to accomplish that goal.

Craig Page—a daring and resourceful former CIA agent, now fighting terrorism in Europe—is determined to find out who killed his daughter, Francesca. Joined by the gutsy Elizabeth Crowder, Francesca’s editor, Craig peels back the conspiracy layer by layer, ultimately learning that General Zhou has a partner in the scheming CIA director, Kirby, who forced Craig out of the Agency.The action moves from Canada to Tehran, Beijing and Washington, and finally to Aspen, with Craig and Elizabeth narrowly escaping repeated attacks in their attempt to prevent a catastrophe for the United States. It’s exciting and exceedingly timely, with attention focused now on China’s growing strength and power in the world. At the same time, Craig must bury his personal loss, as he confronts his adversaries trying to kill him.

ALLAN TOPOL is the national bestselling author of six novels of international intrigue, including "Spy Dance." He is a graduate of Carnegie Institute of Technology, who majored in chemistry, abandoned science, and obtained a law degree from Yale University. A partner in a major Washington law firm, and an avid wine collector, he has traveled extensively, researching dramatic locations for his novels.
Loading...
or
Not Currently Available for Direct Purchase