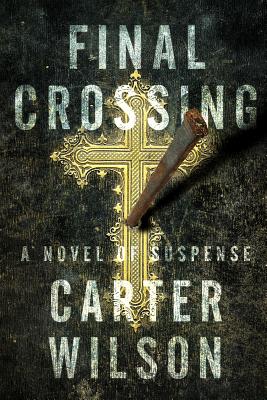 He wasn’t always called Rudiger, once he was a normal, quiet boy. But when the sadistic Preacherman stole the last bit of Rudiger's childhood soul, Rudiger lost himself forever. As an adult, Rudiger has committed atrocities even he cannot explain and he yearns for the End of Days. God has told him he must crucify The One to bring about the Final Judgment, but Rudiger is left to his own to figure out who The One is. Thus sets off Rudiger's horrifying journey across continents in hopes bringing an end to the world, one crucifixion after another.

One man remembers what Rudiger is capable of.  Jonas Osborne, a Senatorial Chief of Staff, saw first-hand what Rudiger is capable of during a terrifying battle in Somalia fifteen years earlier. Now Jonas himself could be a target on Rudiger's quest, and he enlists the help of beautiful psychic criminologist to understand where Rudiger will erect his next cross, and stop him before another innocent person is nailed to it. And only on the biggest national stage—a conference on Middle Eastern peace talk—will Jonas and Rudiger meet again for one last confrontation.

CARTER WILSON was born in Albuquerque, N.M. He has worked extensively in the hospitality industry as a consultant and has traveled the globe both for work and for pleasure. He currently lives in Colorado with his two children. He is currently working on his next novel.
Loading...
or
Not Currently Available for Direct Purchase