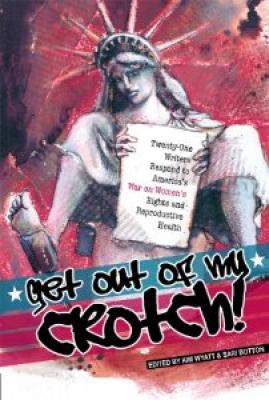 Get Out of My Crotch! Twenty-One Writers Respond to America's War on Women's Rights and Reproductive Health

Literary Nonfiction. Women's Studies. LGBT Studies. We are witnessing the patriarchy's last gasp, and it's not going down without a fight. Using legislation, language, and women's own silence, it seeks to return us to a time when choice and self-determination were not options. In this collection, twenty-one fearless writers examine reproductive rights, access to health care, violence against women, and the rise of rape apologists in the twenty-first-century United States. Illuminating intersections of gender, class, and race, these stories speak to the challenges women routinely face, the attempts to undermine their rights, and the deliberate, systemic erosion of their agency and existence as equals. It's time to revisit what's at stake, what could still be lost, and why we must continually fight for equality and freedom for all.