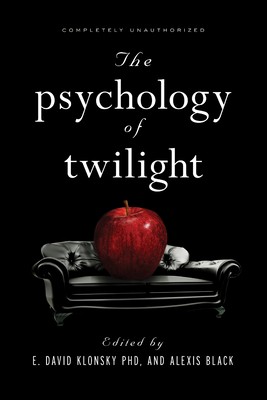 The Psychology of Twilight (Paperback)

You've read the books. You've seen the films. Now get inside the heads of your favorite Twilight characters (just like Edward can ) in The Psychology of Twilight. Explore the minds and motives of Bella, Edward, Jacob, and more with a deeper look at the series that's captured the hearts--and psyches--of millions. Find out: - How Edward and Jacob match up in an evolutionary psychology smackdown for Bella's--and our--affection
- Whether Bella's motorcycle-riding and cliff diving in New Moon are suicidal--or her salvation
- Why vampires and werewolves aren't so different after all (at least psychologically)
- The emotional appeal of love stories like Bella and Edward's
- Why being a part of Twilight fandom is good for your psychological health Snuggle up on the closest chaise, and get ready to revisit the Twilight Saga--with some professional help.