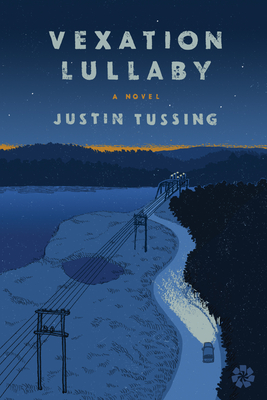 Winner of the 2017 Maine Literary Award for Fiction - One of Amazon's Best Books of the Month, April 2016

Peter Silver is a young doctor treading water in the wake of a breakup--his ex-girlfriend called him a "mama's boy" and his best friend considers him a "homebody," a squanderer of adventure. But when he receives an unexpected request for a house call, he obliges, only to discover that his new patient is aging, chameleonic rock star Jimmy Cross. Soon Peter is compelled to join the mysteriously ailing celebrity, his band, and his entourage, on the road. The so-called "first physician embedded in a rock tour," Peter is thrust into a way of life that embraces disorder and risk rather than order and discipline.

Trailing the band at every tour stop is Arthur Pennyman, Cross's number-one fan. Pennyman has not missed a performance in twenty years, sacrificing his family and job to chronicle every show on his website. Cross insists that "being a fan is how we teach ourselves to love," and, in the end, Pennyman does learn. And when he hears a mythic, as-yet-unperformed song he starts to piece together the puzzle of Peter's role in Cross's past.

Justin Tussing is the author of the Ken Kesey Award-winning novel The Best People in the World, and his short fiction has appeared in The New Yorker, Triquarterly, and A Public Space, among other periodicals. He is a graduate of the Iowa Writers' Workshop and currently directs the University of Southern Maine's Low-Residency MFA Program in Portland, Maine.
or support indie stores by buying on
Copyright © 2020 American Booksellers Association