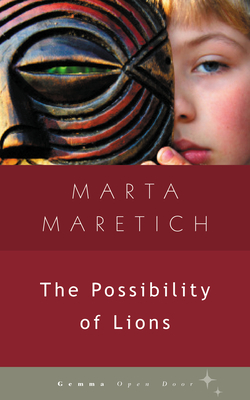 The McCall family should be thrilled to be back in California, after what happened to them in Africa. Forced to flee their home in Nigeria by the violence of the Biafran Civil War, they turn up in a small town in the San Joaquin Valley, and everyone assumes they must be delighted to be back in their own country. But while life in the States may be safe, it's also foreign to this unlikely family of refugees. They dream of the day they'll return to their real home in Africa--a prospect that seems more remote as they watch the brutal progress of "their" war on television.

Fortunately, relief comes in the suave form of Anatole Hachette and Roland, his lion. Like the McCalls, Anatole has been thrown out of Africa. Unlike them, he has solved the problem of losing his native land. His plan is to recreate a piece of it in California by establishing a wild animal park, Safariland, on the dry plains outside of town. But will the cautious locals embrace the possibility of lions? And can two such different worlds really be brought together in one place?

Marta Maretich is a poet and fiction writer . Her work has appeared in The Harvard Review, The Georgia Review, The Jacaranda Review and Christopher Street . Marta was editor of The Berkeley Poetry Review and Whispering Campaign, a journal of arts and literature . She has been awarded artist residencies at Yaddo and Norton Island, Maine . Marta Maretich lives in London .

In a varied career, Marta Maretich has been a teacher, a publisher, a journalist, an editor, and a fiction writer. She is the author of three novels: The Merchants of Light (2015), The Possibility of Lions (2011), and The Bear Suit (2017). Her short fiction, nonfiction, and poetry have appeared in many publications and been anthologized in collections including Inspired Journeys: Travel Writers in Search of the Muse (2016). She has been awarded artist residencies at the Eastern Frontiers Educational Foundation at Norton Island and Yaddo. Born in Nigeria and raised in California, Marta has lived in London since 1995.
or support indie stores by buying on
Copyright © 2020 American Booksellers Association