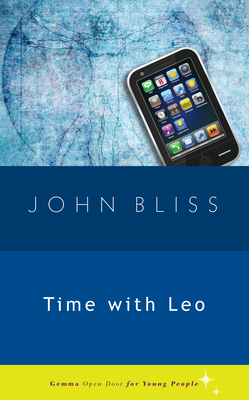 A boy, just 15, through no effort of his own, travels back in time to the late 15th century, where he meets Leonardo da Vinci. Because the universe bends back on itself, time streams overlap, and he just happens to be in the right place at the right time. Or the wrong one. Da Vinci, in addition to being an artist, was an early futurist, who drew designs for the first airplane, helicopter, submarine, and on and on. Who better to design a time machine to get the boy home? Not a great student, our time-traveler is hooked on natural science as he gets to know Leonardo. Meanwhile, da Vinci is fascinated by the stuff in the backpack - what's that bag of Funyuns?

There's plenty of intrigue along the way. Leonardo da Vinci's patron is a Borgia who wants to keep someone from the future, with all his knowledge, deep in the past. Since time travel depends on being at the right place when the time streams intersect, the final scene reveals a breathless dash to the proper place with the Borgias in hot pursuit.

Part of the Gemma Open Door Series, originally designed for new readers, these books confirm the truth that a story doesn't have to be big to change the world. Time with Leo is specifically created for young adult readers.

John Bliss has written several nonfiction books for young readers, including Art that Moves: Animation Around the World, Pioneers to the West, and Designer Babies. His interest in science goes back to long summer nights of his youth, when he would lie on the front lawn, watching the stars through his father's binoculars. John teaches courses in theater and communication at Northeastern Illinois University.
or support indie stores by buying on
Copyright © 2020 American Booksellers Association