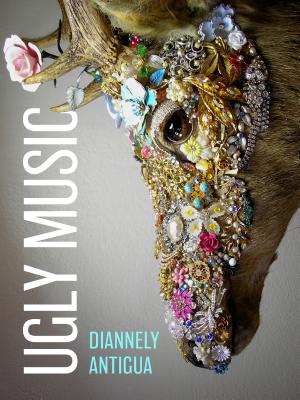 Poetry. African & African American Studies. Latinx Studies. Women's Studies. Diannely Antigua's debut collection, UGLY MUSIC, is a cacophonous symphony of reality, dream, trauma, and obsession. It reaches into the corners of love and loss where survival and surrender are blurred. The poems span a traumatic early childhood, a religious adolescence, and, later, a womanhood that grapples with learning how to create an identity informed by, yet in spite of, those challenges. What follows is an exquisitely vulgar voice, unafraid to draw attention to the distasteful, to speak a truth created by a collage of song and confession, diary and praise. It is an account of observation and dissociation, the danger of simultaneously being inside and outside the experiences that mold a life. UGLY MUSIC emerges as a story of witness, a realization that even the strangest things exist on earth and deserve to live. Diannely Antigua's UGLY MUSIC is a beautiful disturbance of erotic energy. This debut counters the pull of thanatos with the effervescent allure of pure imagination, and everything is dangerously alive. Antigua's seduction is both intellectual and physical, a force strong enough to counter the emotional pains recounted here--an abandoning father, trespassed bodies, pregnancies lost, wanted, feared. At times, the speaker of these poems trespasses on her own body, as if to say a body is both precious and to be ruined, used, used up. At its deepest song, this is a theological protest and investigation by a speaker wrestling with faith and fathers, with unapologetic desire. These poems have found a way to circumvent the most precarious silences, to boast and to rue.
--Catherine Barnett.