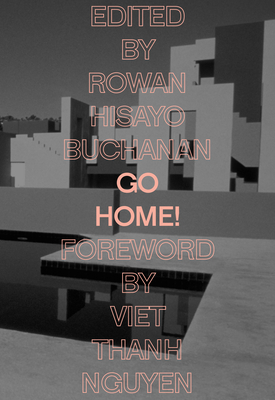 An anthology of Asian diasporic writers musing on the notion of home--and the possibilities of outsiderhood and belonging.

"I read this book and see my people--see us--and feel, in our collective outsiderhood, at home." --Ocean Vuong, Night Sky with Exit Wounds

"To be from nowhere is the state of Asian diaspora, but there is also a wild humor and imagination that comes from being underestimated, rarely counted, hardly seen. Here, we begin to draw the hopeful outlines of a collective history for those so disparate yet often lumped together." --Jenny Zhang, Sour Heart

Asian diasporic writers imagine "home" in the twenty-first century through an array of fiction, memoir, and poetry. Both urgent and meditative, this anthology moves beyond the model-minority myth and showcases the singular intimacies of individuals figuring out what it means to belong.

Rowan Hisayo Buchanan is the author of the novel Harmless Like You. She is British, Japanese, Chinese, and American--hyphenation and ordering vary depending on the day. She has a BA from Columbia University, an MFA from the UW-Madison, and was an Asian American Writers' Workshop fellow. Her short work has appeared in Granta, The Guardian, Guernica, Apogee, and the White Review, among other places. She has received residencies from the Gladstone Library and Hedgebrook. Viet Thanh Nguyen's novel The Sympathizer is a New York Times best seller and won the Pulitzer Prize for Fiction. Other honors include the Dayton Literary Peace Prize, the Edgar Award for Best First Novel from the Mystery Writers of America, the Andrew Carnegie Medal for Excellence in Fiction from the American Library Association, the First Novel Prize from the Center for Fiction, a Gold Medal in First Fiction from the California Book Awards, and the Asian/Pacific American Literature Award from the Asian/Pacific American Librarian Association. His other books are Nothing Ever Dies: Vietnam and the Memory of War (a finalist for the National Book Award in nonfiction) and Race and Resistance: Literature and Politics in Asian America. He is the Aerol Arnold Chair of English and Professor of American Studies and Ethnicity at the University of Southern California. His newest book is a short story collection, The Refugees, published in February 2017 from Grove Press.
Loading...
or support indie stores by buying on