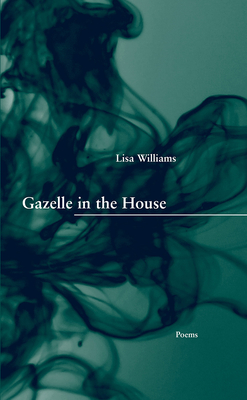 Gazelle in the House

Originally from Nashville, LISA WILLIAMS teaches at Centre College in Danville, Kentucky. She is the author of Woman Reading to the Sea (W.W. Norton 2008), which won the Barnard Women Poets Prize, and The Hammered Dulcimer (Utah State University Press, 1998), which won the May Swenson Poetry Award. Her poems have been published or are forthcoming in Blackbird, Poetry, The Oxford American, and other magazines, and have been featured on Poetry Daily and Verse Daily, as well as in anthologies including Best American Poetry 2009, Bright Wings: An Illustrated Anthology of Poems About Birds, and American Poetry: Next Generation. Her essays on contemporary women poets have appeared in The Hollins Critic, The Cincinnati Review, and on Poetry Daily. Williams is the recipient of a 2011 Brown Foundation Fellowship awarded by the Brown Foundation and the Museum of Fine Arts, Houston; a 2010 Al Smith Individual Artist Fellowship awarded by the Kentucky Arts Council; and a 2004 Rome Prize in Literature, awarded by the American Academy of Arts and Letters.
Loading...
or
Not Currently Available for Direct Purchase