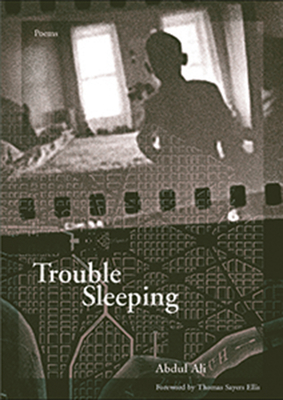 "Ali’s poems consistently engage black history and pop culture as windows into more personal, yet deeply political, realms: 'Begin with a shooting,/ a controversial art exhibit, a mob throwing dung at the Black Madonna'. . . Ali’s willful, complex collection marks him as a poet to watch."

“This muscular, lyrical debut from Ali, winner of the 2014 New Issues Poetry Prize, recounts family history and struggle as well as the joys and hardships of single fatherhood. Varied in their formal elements and musicality, Ali's poems consistently engage black history and pop culture as windows into more personal, yet deeply political, realms: 'Begin with a shooting,/ a controversial art exhibit, a mob throwing dung at the Black Madonna.' Though packed with thoughtful references to cultural and political movements, the work is most successful when Ali addresses family: a dysfunctional childhood, an alcoholic mother, an absent father ('I didn't really have a father. Only a ghost that would appear/ each time I looked in the mirror'), and his own love and wonderment at his young daughter. 'I can single out your voice from a playground of two hundred/screaming laughing five-year-olds, twenty sharing your name. I'm/learning this fatherhood script,' he writes. The raw materials of emotion, fear, and anger burst through to confront oppression: 'this lacerated tongue/ thirsts to remember// the names of all the faces/ hidden behind the barrel of a gun// loaded blasted/ into national memory// becoming caesuras.' Ali's willful, complex collection marks him as a poet to watch.”
— Publishers Weekly

“This book is an open book. There is no lying in it, no sleep in reading it, no hiding from the person or place it comes from. The poems are deeply steeped in the African American experience and a tradition I would trace to Langston Hughes and Washington DC where buses are good places for poets. You can write on your lap, read an open book and listen to beautiful conversations. This is what reading Trouble Sleeping is like to me. You get somewhere.”
— Fanny Howe

Abdul Ali was born in Mt. Pleasant, NY but raised in New York City. Ali is a two-time recipient of the D.C. Commission on the Arts and Humanities’ Literature fellowship. He was a fellow at American University where he received his M.F.A in Creative Writing. His poems have appeared in Gargoyle, A Gathering of Tribes, New Contrast, and the anthology Full Moon on K Street, among other literary journals and magazines. He currently teaches at Towson University and lives in Maryland with his family.
Loading...
or support indie stores by buying on