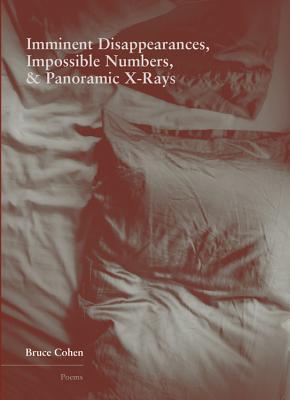 The speaker of these poems is a man overwhelmed by the multiple lives he must juggle, but he chooses to live as deliberately as possible, inundated with an influx of information and conflicting gravities, trying make sense of it all and seeing the humor and sadness that is around him with a charged clarity that contains both simplicity along with surprising pyrotechnics.

BRUCE COHEN'S poems and non-fiction essays have appeared in over a hundred literary periodicals such as AGNI, The Georgia Review, The Harvard Review, The New Yorker, Ploughshares, Poetry, Prairie Schooner, and The Southern Review, as well as being featured on Poetry Daily and Verse Daily. He has published three volumes of poetry: Disloyal Yo-Yo (Dream Horse Press), which was awarded the 2007 Orphic Poetry Prize, Swerve (Black Lawrence Press), and Placebo Junkies Conspiring with the Half-Asleep (Black Lawrence Press). Another book, No Soap, Radio!, was published in 2015. A recipient of an individual artist grant from the Connecticut Commission on Culture & Tourism, prior to joining the Creative Writing faculty at the University of Connecticut in 2012, he directed, developed, and implemented nationally recognized academic enhancement programs at the University of Arizona, The University of California at Berkeley, and the University of Connecticut.
Loading...
or
Not Currently Available for Direct Purchase