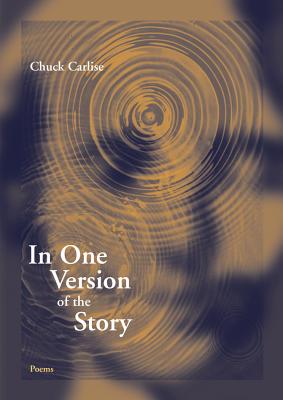 In One Version of the Story

In One Version of the Story is a lyric exploration of the ways human beings confront desire, loss and absence by creating stories. Its narrative situation begins with from the French folk legend of “l’Inconnue de la Seine”—the unidentified young woman who drowned herself in Paris in the 1880s, and whose (unauthorized) death mask was eventually cast as the face of Resusci-Anne CPR training dummies—but eventually the book encompasses a chronicle of personal loss, a history of photography, a study of the mechanics of breathing, and a solo climb to the rim of a Mediterranean volcano. The book is a hybrid of narrative history, lyric meditation, and journalistic investigation, often implicating the speaker (and reader) in the act of mythmaking itself. It is story-making itself which is interrogated here, however the book seeks not to recreate narratives, but rather to understand why they matter—why and how we give them the meaning that we do.

CHUCK CARLISE was born in Canton, Ohio, on the first Flag Day of the Jimmy Carter Administration, and has lived in a dozen states and two continents since. He is the author of two award-winning chapbooks – A Broken Escalator Still Isn't the Stairs (Concrete Wolf 2011) and Casual Insomniac (Bateau 2011) – and his poems and essays appear in Pleiades, Southern Review, DIAGRAM, Hayden's Ferry Review, and Best New Poets in both 2012 and 2014. He completed his PhD at the University of Houston in 2012, where he was awarded InPrint/Paul Verlaine Poetry Prize, and was Nonfiction Editor of the journal, Gulf Coast. He is currently a Lecturer in the Writing Program at UC-Santa Cruz. (www.chuckcarlise.com)
Loading...
or
Not Currently Available for Direct Purchase