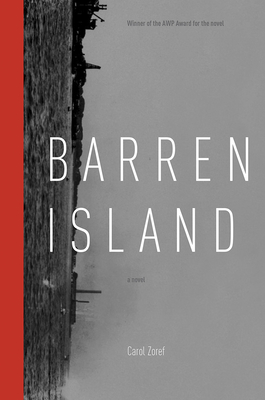 How does one remember a world that literally no longer exists? How do the moral imperatives to do so correspond to the personal needs that make it possible? Told from the point-of-view of Marta Eisenstein Lane on the occasion of her 80th birthday, Barren Island is the story of a factory island in New York’s Jamaica Bay, where the city’s dead horses and other large animals were rendered into glue and fertilizer from the mid-19th century until the 1930’s. The island itself is as central to the story as the members of the Jewish, Greek, Italian, Irish, and African-American factory families that inhabit it, including those who live their entire lives steeped in the smell of burning animal flesh. The story begins with the arrival of the Eisenstein family, immigrants from Eastern Europe, and explores how the political and social upheavals of the 1930’s affect them and their neighbors in the years between the stock market crash of October 1929 and the start of World War II ten years later. Labor strife, union riots, the New Deal, the World’s Fair, and the struggle to save European Jews from the growing threat of Nazi terror inform this novel as much as the explosion of civil and social liberties between the two World Wars. Barren Island, finally, is a novel in which the existence of God is argued with a God that may no longer exist or, perhaps, never did.

CAROL ZOREF is a fiction writer and essayist. She teaches at Sarah Lawrence College and New York University. She lives in New York City.
Loading...
or
Not Currently Available for Direct Purchase