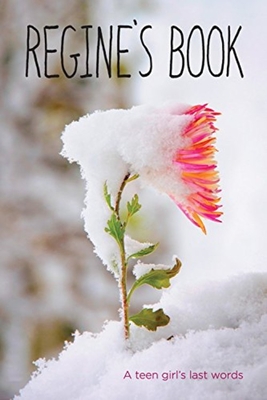 Regine Stokke began to blog about her day-to-day life shortly after she was diagnosed with an aggressive form of leukemia in 2008. Her stated purpose at the time was to give people a sense of what it was like to live with such a serious illness, and her blog became an almost instant classic. She writes openly about the emotional and physical aspects of her 15-month struggle to survive and explains how her disease impacts her life. In the course of her illness, Regine participated in photography exhibits, went to concerts, enjoyed her friends and family, and advocated for registering as a blood and bone marrow donor. She was a typical teenager with an incredible will to live, and the lessons that she learned have relevance for us all. Through her eyes, readers will discover a more vivid world, and a new appreciation for life, art, and the power of the human spirit.

“Stokke’s openness and honesty that are the chief draw; readers will feel as though they have truly come to know her. (Regine’s Book is) a rare, valuable window into life with a terminal illness.” — Publishers Weekly
“Regine’s voice is matter-of-fact and honest…A heartfelt and visually appealing window into Regine’s last year.” — Kirkus Reviews
"'Face your fear. Accept your war.' Seventeen-year-old Regine began a blog to document and share her experience after being diagnosed with leukemia in 2008. Selections from her posts are occasionally supplemented with comments left by the supportive and adoring followers of her 15-month journey. Her writing is honest and raw, insightful and inspiring. While her moods swing with the course of her treatment and relapses, her outlook remains steadfastly positive throughout all but the most difficult days. The entries include medical details, physical changes, the reactions of family and friends, and Regine's own search for understanding and acceptance of a world-changing diagnosis. Her obsession with rock music and attending concerts saturates the text as it does her short life, and her original poems and artistic photographs add extra dimension to what is sure to be an inspiring read for a new audience for this moving title that was originally published in Regine's Norway." — Booklist

Regine Stokke began to blog about her day-to-day life shortly after she was diagnosed with leukemia in 2008. Regine’s stated purpose with her posts was to give people a sense of "what it's like to live with" such a serious illness, and her blog became an almost instant classic. It was first adapted into book form in 2010, and became a bestseller in Norway. Regine was also a very gifted photographer, and had her photos exhibited at both the 2009 and the 2010 Nordic Light photography festivals in Kristiansund.

Henriette Larsen (translator) grew up in Switzerland and the U.S. speaking Norwegian at home. She has fond memories of beautiful summers (but no winters) in Norway. She earned a Bachelor's degree in French Literature from Pomona College and completed graduate coursework in French and Comparative Literature at SFSU. Henriette lives in San Francisco.