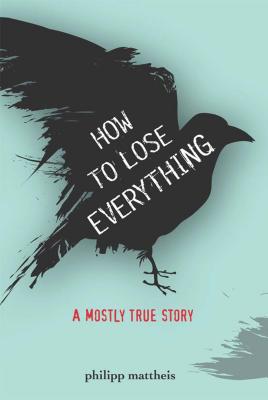 How to Lose Everything

Jonathan, Sam, Schulz, and Eric usually spend their summers hanging out at the park, skateboarding and dreaming about the time when they’ll finally move out of the suburbs. But in the summer of 1994, the four teenagers find a small fortune hidden inside an abandoned house. What starts out as a blessing soon turns into a curse, however, as stress, drugs, and dwindling funds raise some serious questions about the future. Eighteen years later Jonathan returns to that life-changing summer to tally up the cost of that discovery, exploring how a broken dream led to a totally renewed sense of purpose.

Praise For How to Lose Everything: A Mostly True Story (True Stories)…

Awards and Honors for How to Lose Everything: A Mostly True Story
IndieFab Gold Award Winner, Young Adult Nonfiction
CBC Teen Choice Book of the Year Award Nominee
Junior Library Guild Selection
“Mattheis effectively delineates four teenagers’ lives of quiet desperation, tracing the effects of an unearned fortune on their dreams of something better. Choosing to have Jonathan relate the story several years later gives the narrative a much-needed perspective, a chance for a character to reflect on the significance of the events he’s lived through. A nuanced character study.” –Kirkus Reviews

Philip Mattheis has been an editor for one of Germany’s most popular youth magazines since 2008, and occasionally writes for NEON as well. He lives in Munich.
Loading...
or
Not Currently Available for Direct Purchase