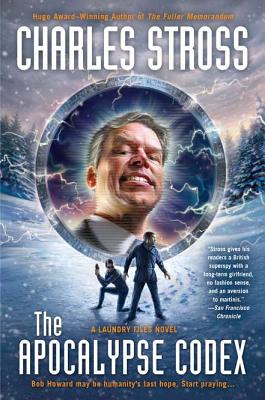 For outstanding heroism in the field (despite himself), computational demonologist Bob Howard is on the fast-track for promotion to management within The Laundry, the super-secret British government agency tasked with defending the realm from occult threats. Assigned to External Assets, Bob discovers the company unofficially employs freelance agents to deal with sensitive situations that may embarrass Queen and Country.
So when Ray Schiller an American televangelist with the uncanny ability to miraculously heal the ill becomes uncomfortably close to the Prime Minister, External Assets dispatches the brilliant, beautiful, and entirely unpredictable Persephone Hazard to infiltrate the Golden Promise Ministry and discover why the preacher is so interested in British politics. And it's Bob's job to make sure Persephone doesn t cause an international incident.
But it's a supernatural incident that Bob needs to worry about a global threat even The Laundry may be unable to clean up


Praise For The Apocalypse Codex…

"Stross gives his readers a British super spy with a long-term girlfriend, no fashion sense and an aversion to martinis."
-San Francisco Chronicle

Charles Stross was born in Leeds, England in 1964. He holds degrees in pharmacy and computer science, and has worked in a variety of jobs including pharmacist, technical author, software engineer, and freelance journalist. He is now a full-time writer.
Loading...
or
Not Currently Available for Direct Purchase