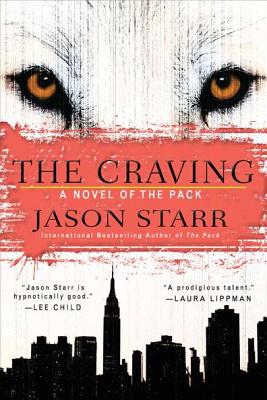 Manhattan thrives on desire--the longing for a better apartment...a higher-paying job...fame. Simon Burns ought to know, since he nearly lost it all: his job, his family, his home. But now things are turning around, thanks to the pack.
Just when he thought he hit rock bottom, Simon found a group of friends, daytime dads like himself. But there was something "off" about Michael, Charlie, and Ramon, and Simon found himself slowly changing into the kind of man he gave up trying to be a long time ago and rediscovering the most primal of hungers.
There were nights he made constant love to his wife, nights he roamed the city streets, nights he doesn't even remember. And it's one of those black-outs that's going to come back to haunt him.
For Simon isn't the man he once was. In fact, he's not really a man at all anymore. He's a member of the pack. And once you're in, it's impossible to get out...

Jason Starr is the author of The Pack and a number of other novels. He has won the Anthony Award and the Barry Award and lives in New York City.

Praise For The Craving…