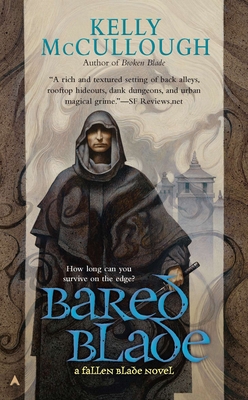 Former temple assassin Aral Kingslayer has a price on his head and a mark on his soul. After his goddess was murdered, Aral found refuge in the shadow jack business, fixing problems for those on the fringes of Tien’s underworld. It’s a long step down from working for the Goddess of Justice, but it gives Aral and Triss—the living shadow who is his secret partner—a reason to get up in the morning.

When two women hit a rough spot in the tavern Aral uses for an office, he and Triss decide to lend a helping hand--only to find themselves in the middle of a three-way battle to find an artifact that just might be the key to preventing a war. And with so many factions on their trail, Aral and Triss are attracting a lot more attention than anyone featured on ten thousand wanted posters can afford…

“Aral the Jack, formerly the noble Aral Kingslayer, is the best kind of hero.” --Alex Bledsoe, author of Dark Jenny and The Sword-Edged Blonde

“McCullough seems to get better with every story.” --Huntress Book Reviews — eloquence quotes

Kelly McCullough is the author of the WebMage series and the Fallen Blade series.
Loading...
or support indie stores by buying on