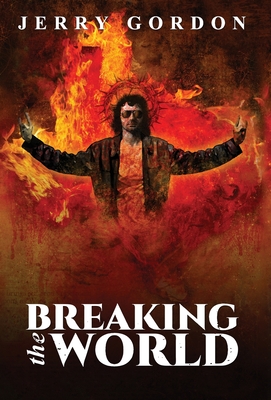 In 1993, David Koresh predicted the end of the world.

What if he was right?

Cyrus doesn't believe in David's predictions, and he's not interested in being part of a cult. But after the sudden death of his brother, his parents split up and his mom drags him to Waco, Texas against his will. At least he's not alone. His friends, Marshal and Rachel, have equally sad stories that end with them being dumped at the Branch Davidian Church.

Together, they're the trinity of nonbelievers, atheist teens caught between a soon to be infamous cult leader, an erratic FBI, and an epidemic that may confirm the worst of the church's apocalyptic prophecies. With tanks surrounding the Branch Davidians and tear gas in the air, Cyrus and his friends know one thing for certain: They can't count on the adults to save them.

In his debut novel, Jerry Gordon takes readers deep inside the longest standoff in law enforcement history for an apocalyptic thriller that challenges the news media's reporting of the event, the wisdom of militarizing domestic law enforcement, and the blurry line between religion and cult.