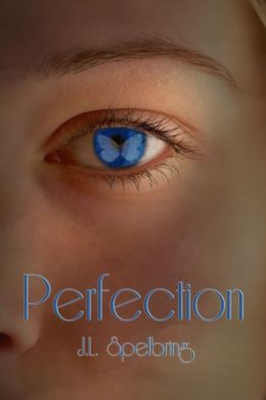 The personification of Aryan purity, Ellyssa's spent her whole life under her creator's strict training and guidance; her purpose is to eradicate inferior beings. She was genetically engineered to be the perfect soldier: strong, intelligent, unemotional, and telepathic. Only Ellyssa isn't perfect. Ellyssa feels emotions--a fact she's spent her life concealing. Until she encounters the epitome of inferiority: a dark-haired boy raised among renegades hiding since the Nazis won the war a century ago. He speaks to her telepathically, pushing thoughts into her mind, despite the impossibility of such a substandard person having psychic abilities. But he does. His unspoken words and visions of a place she's never visited make Ellyssa question her creator. Confused and afraid her secret will be discovered, Ellyssa runs away, embarking on a journey where she discovers there is more to her than perfection.

J.L. Spelbring lives in Texas, where she wanders out in the middle of the night to look at the big and bright stars. Besides knocking imaginary bad guys in the head with a keyboard, she enjoys being swept away between the pages of a book, running amuck inside in her own head, pretending she is into running, and hanging out with her kids, who are way too cool for her.
Loading...
or
Not Currently Available for Direct Purchase