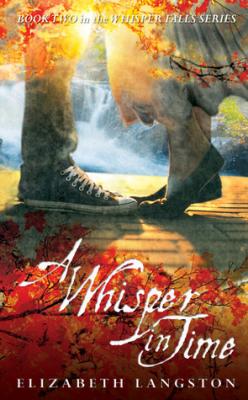 A Whisper in Time

I have never been useless in my life...

Rescued from a life of servitude by the boy she loves, Susanna Marsh escapes across two centuries, only to be plunged into a world she's ill-prepared to face. Unable to work or go to school, Susanna finds herself dependent on others to survive.

Immersed in the fun and demands of his senior year of high school, Mark Lewis longs to share his world with the girl who's captured his heart. But first he must tackle government bureaucracy to prove Susanna's identity.

Overwhelmed by her new home, Susanna seeks refuge in history and in news of the people she left behind. But when she learns that danger stalks her sister, Susanna must weigh whether to risk her own future in order to save Phoebe's happiness.