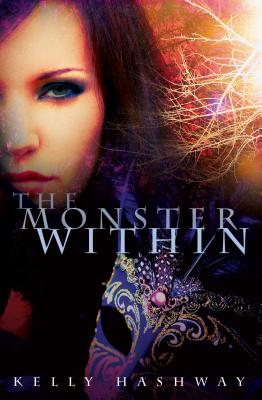 The Monster Within (Paperback)

The moment seventeen-year-old Samantha Thompson crawls out of her grave, her second chance at life begins. She died of cancer with her long-time boyfriend, Ethan, by her side--a completely unfair shot at life. But Ethan found a way to bring her back, like he promised he would. Only Sam came back wrong. She's now a monster that drains others' lives to survive. And after she kills, she's tortured by visions--glimpses into her victims would have- been futures had she not killed them. Barely able to live with herself and trying to make things right, Sam ends up a pawn in a vicious game of payback within the local coven of witches. But when the game reveals what Ethan had to do to save Sam, she must make a choice that will change all their lives forever.

Kelly Hashway is a former language arts teacher who now works as a full-time writer, freelance editor, and mother to an adorable little girl. In addition to writing YA novels, Kelly writes middle grade books, picture books, and short stories. When she's not writing or digging her way out from under her enormous To Be Read pile, she's running and playing with her daughter. She resides in Pennsylvania with her husband, daughter, and two pets.
or
Not Currently Available for Direct Purchase
Copyright © 2020 American Booksellers Association