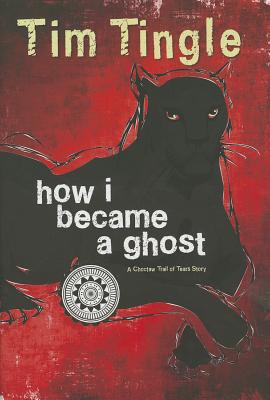 How I Became a Ghost, Book 1

A Choctaw Trail of Tears Story

A 10-year-old Choctaw boy named Isaac tells the poignant story of his tribe’s removal from the only land its people have ever known and to what would someday become Oklahoma. And he shares how that journey led him to become a ghost—one with the ability to help those he left behind. Isaac leads a foursome of remarkable Choctaw comrades: a tough-talking teenage girl, a shape-shifting panther boy, a lovable five-year-old ghost, and Isaac’s talking dog, Jumper. The first in a trilogy; How I Became A Ghost earned a starred Kirkus review.

Praise For How I Became a Ghost, Book 1: A Choctaw Trail of Tears Story…

The beginning of a trilogy, this tale is valuable for both its recounting of a historical tragedy and its immersive Choctaw perspective. — Kirkus Review, STARRED REVIEW