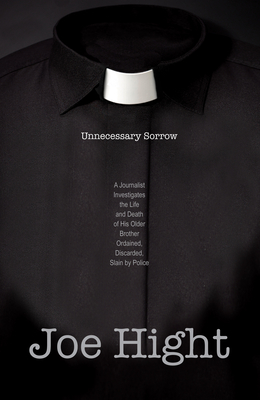 A Journalist Investigates the Life and Death of His Older Brother Ordained, Discarded, Slain by Police

An Oklahoma farm boy grows up to become a priest, a priest for life--or so Paul Hight believes and the Catholic Church teaches. Yet when mental illness descends on Hight in middle-age, instead of seeking care for him as it would a priest with cancer or heart disease, the Church purges him from its priestly ranks. While his family keeps Hight from ever becoming homeless, that safety net is not enough to keep him safe in the end. In 2000, Hight is shot and killed in an unfortunate encounter with police that is seen too often with the mentally ill on the streets of America. A decade later, still haunted by the death of his older brother, former newspaper editor Joe Hight turns his journalistic skills on finding out the truth of his brother's exit from the priesthood and the lessons to be found in his brother's death with a hope that such unnecessary sorrow might never happen again.

Joe Hight is the co-founder of the Dart Center for Journalism and Trauma, Columbia University, New York City. He was editor of the The Gazette in Colorado Springs, Colorado, when the newspaper brought home the Pulitzer Prize in 2014. He holds the endowed chair of journalism ethics at the University of Central Oklahoma. He and his family own Best of Books in Edmond, Oklahoma.
Loading...
or
Not Currently Available for Direct Purchase