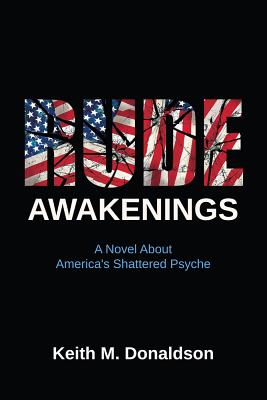 On his first day in office, Centrist Party President Mike Macdonald is awakened by the words, “Sir, there’s been a nuclear explosion.” In a nanosecond, his agenda revolving around a carefully crafted financial, economic, and military renewal program for America changes. Millions of American citizens have been slaughtered and displaced. His vice president, former Indiana Governor Bryanna Dudley, is being flown out of DC on Air Force Two and will initiate the rescue and recovery organization from 40,000 feet.

Macdonald must hold the government together, but in the midst of dealing with untold aspects of the aftermath and searching for the terrorists responsible, a global currency manipulation begins devaluing the US dollar. As the country’s plight rapidly deteriorates, Macdonald creates an international financial scam that must work. Invoking your courage, sense of romance, and fervor for overcoming the malicious, Rude Awakenings gives new meaning to the words “political thriller.”

Keith Donaldson's passions have always been in the performing arts and writing. A graduate in drama and broadcasting, he worked in production at NBC for seventeen years and then four years in advertising as a writer-producer of radio and television commercials. He later formed his own advertising agency, which he ran for twelve years in Washington, DC. He studied playwriting and became involved in Washington theater for over a decade—writing over a dozen plays, acting, and directing. Raised in northern New Jersey, he spent over forty years in the Washington, DC area before moving to coastal North Carolina, where he continues to write fiction and be involved in theater.
Loading...
or
Not Currently Available for Direct Purchase