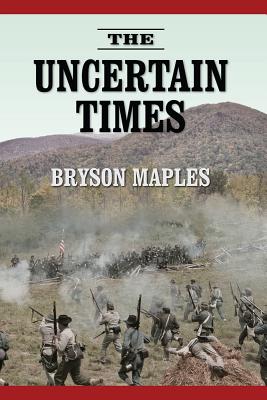 As the Civil War ravages the country and his family, Nathaniel Mitchell joins the Confederate cause in Georgia after witnessing a fierce battle in his own backyard. Like most men from Appalachia, he had never seen a slave and didn’t think much about slavery, but had joined to protect his family and keep their land from being overrun. Under the command of General Johnston, Nathaniel traverses the trails of the Atlanta Campaign. Plagued by guilt for joining the war without his mother’s consent, and ever mindful of the responsibilities he forsook to take on the responsibilities of war, Nathaniel finds a mentor and forges friendships that contribute more than just wisdom to the Mitchell family, and, in the end, given Nathaniel a gift he could never repay.

Twenty-year-old Bryson Maples was born and raised in Pigeon Forge, Tennessee. From a very young age, Bryson aspired to become a published writer. Bryson is a firm believer that a person's work has to come from his or her heart, and if writers fail to speak from their heart, a true reader will have the ability to detect this negligence within the first few pages. For Bryson, it is all about the heart and soul that one puts into their writing. As well as being a writer, Bryson is currently working toward his bachelor's degree in criminal justice and plans to become a criminal investigator post graduation. This young author enjoys spending time with his family, reading historical novels, and absolutely loves every aspect of the outdoors. Bryson also plays the guitar and enjoys writing small songs during his leisure time. Bryson's first book "The Uncertain Times" is about a soldier's journey and life in the Atlanta Campaign during the American Civil War. Bryson has traveled the actual Atlanta Campaign trail, which lends compelling pathos to his vivid historical details