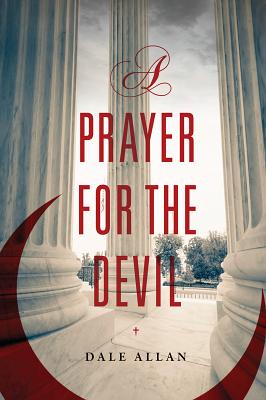 A Prayer for the Devil (Hardcover)

Twin brothers Aaron and Luke Miller could not lead more different lives. Aaron, a rising political star who manages the campaign of a man many believe will be the nation's next president, embraced his father's Jewish heritage. Luke, on the other hand, honored his mother's faith and entered the Catholic priesthood. When Aaron and the candidate he supports are killed in a bombing at a presidential stump speech, the Miller family's core is destroyed. Fear of terrorists grips the nation. The FBI and press are so focused on the death of the presidential candidate they seemingly forget the other innocent victims, like Aaron, in the blast. Suddenly, Luke is overtaken by the lure of a vengeance that is stronger than the bond of faith. As he falls deeper into the abyss of political intrigue that surrounded his brother's mysterious professional life, Luke is tempted to break his promise to God and reassess his own sense of right and wrong. What sort of priest carries a concealed weapon? How can he judge others when he himself has strayed so far from his own flock? In A Prayer for the Devil, Dale Allan weaves a fast-paced murder mystery wrapped in a thoughtful meditation on the intersection of faith and justice. Luke's journey through his own darkness propels him to a shocking ending that will leave readers breathless.

Dale Allan is a graduate of Fordham University, has held several senior positions in Fortune 250 companies, and has traveled the world. A black belt in martial arts, avid fly-fisherman, political junkie, and devout Christian, the storylines of his novels reflect his diversified life.

When Dale was just twelve years old, his father was murdered while away on an extended business trip. A week before his death, Dale had struggled to write a letter updating him on the family s activities. When his father was buried with the handwritten note in his pocket, Dale fully understood the power of writing.