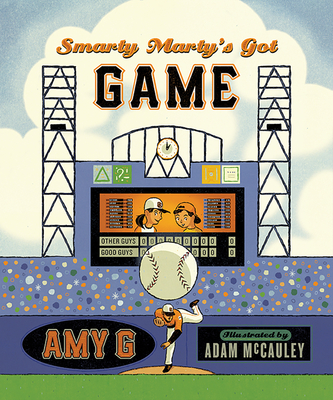 Amy Gutierrez, an Emmy-Award winning reporter and Bay Area native is entering her 20th year in the broadcasting industry and embarking upon her 6th season as a San Francisco Giants in-game reporter for Comcast SportsNet Bay Area. She also serves as a contributing reporter for G-Mag, Giants Pregame and Postgame Live, and SportsNet Central. In her Bay Area broadcasting tenure, Amy has covered a variety of teams including the A's, San Jose Sharks, Raiders, 49ers, PAC-10 and WCC football and basketball and the San Jose SaberCats. Amy G's a graduate of UC Davis where she majored in Communications and played volleyball. She resides in her hometown of Petaluma with her husband and two children. Adam McCauley enjoys illustrating, playing music, and making things. His illustrations have appeared in magazines, publications and campaigns world wide. Adam's work has been included in group shows in Osaka, San Francisco, New York, Tokyo and Nashville. He works out of his studio in the sunny Mission district in San Francisco. Awards have included American Illustration, Society of Illustrators, Communication Arts, Print Regional Design Annual, 3 x 3, and How Magazine. He received the Society of Illustrator's 51 Gold Medal for his illustrated monster stamp endpapers for the book "The Monsterologist: A Memoir In Rhyme" by Bobbi Katz, as well as the Society of Illustrator's 55 Silver Medal for "Simplicity City" WeTransfer.com. "Oh No, Not Ghosts!" was chosen to be included in AIGA's Top 100 show for 2007, "The Monsterologist" in AIGA's Top 100 Show for 2009.
or support indie stores by buying on
Copyright © 2020 American Booksellers Association