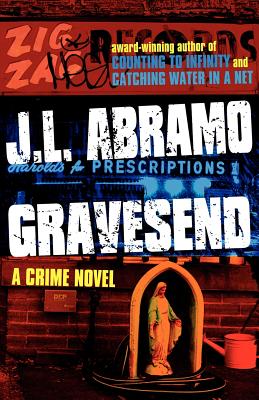 On an afternoon in early February, the neighborhood is stunned and horrified when the lifeless body of an eight-year-old boy is discovered abandoned on the roof of an apartment building. The body has been mysteriously mutilated. No clues, no witnesses, no apparent reason. When a second boy is found two days later in the same condition, Homicide Detectives Samson, Vota and Murphy of Brooklyn's 61st Precinct quickly deduce that the two boys were victims of the same killer. The brutal murders of the two young boys have Samson questioning his strength as a protector of his children and his continued commitment to law enforcement. Vota searches for a homeless man who may be witness to a fatal street shooting. Murphy is trying to locate his brother, a suspect in a robbery homicide, before the situation turns much worse. Attorney Lorraine DiMarco desperately attempts to win the release of an innocent client who sits terrified in a jail cell with a price on his head. Serena Huang, an overambitious newspaper reporter, learns enough about the nature of the killings to create a media frenzy. Tony Territo, a dealer in high-priced stolen vehicles, is being squeezed by the head of a powerful crime family. Andre Harris, a small-time drug dealer, has marked Vota and Samson for assassination to avenge the death of his brother. A killer who believes he is following a mandate from God is handing out Old Testament retribution to those he identifies as responsible for his torment. Slowly, the insanity and tragedy behind the killer's motives are revealed through cryptic messages left at the scenes of the crimes and delivered in anonymous notes. All of these lives intersect and collide leading to a furious and dramatic conclusion on the turbulent streets of Gravesend.

J. L. Abramo was born in Brooklyn on Raymond Chandler's fifty-ninth birthday. Abramo earned a BA in Sociology at the City College of New York and a Masters in Social Psychology at the University of Cincinnati. He is the author of Catching Water in a Net (2001), winner of the PWA/SMP prize for Best First Private Eye Novel; and the subsequent Jake Diamond mysteries Clutching at Straws and Counting to Infinity.
Loading...
or support indie stores by buying on