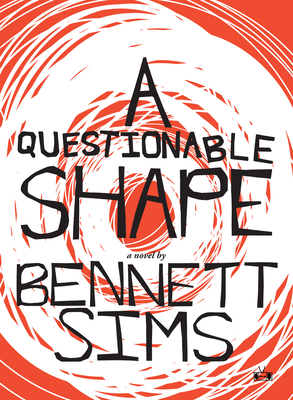 Mazoch discovers an unreturned movie envelope, smashed windows, and a pool of blood in his father's house: the man has gone missing. So he creates a list of his father's haunts and asks Vermaelen to help track him down.

However, hurricane season looms over Baton Rouge, threatening to wipe out any undead not already contained and eliminate all hope of ever finding Mazoch's father.

Bennett Sims turns typical zombie fare on its head to deliver a wise and philosophical rumination on the nature of memory and loss.

Bennett Sims was born in Baton Rouge, Louisiana. He is the author of the novel A Questionable Shape, which received the Bard Fiction Prize and was a finalist for The Believer Book Award, and the short story collection White Dialogues which was named one of the Best Books of the Year by Bookforum. His stories have appeared in A Public Space, Conjunctions, Electric Literature, Tin House, Zoetrope: All-Story, and the 2015 Pushcart Prize Anthology. He has taught fiction at Bard College and the Iowa Writers' Workshop, and is a winner of the Rome Prize for Literature 2018-19.
Loading...
or support indie stores by buying on