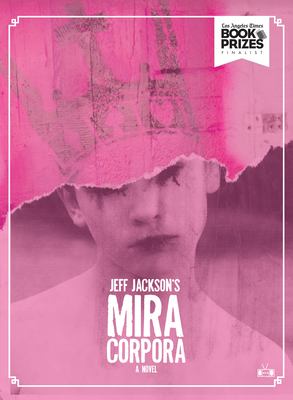 With astounding precision, Jackson weaves a moving tale of discovery and self-preservation across a startling, vibrant landscape.

To read Jeff Jackson's Mira Corpora is to enter into a trance state. A hypnotic, brutal, and lyric exploration of youth, trauma and the construction of memory, this novel is like nothing I've ever read before and is, unquestionably, one of my favorite books published this year. --Laura van den Berg, Salon

Jeff Jackson is a novelist, playwright, visual artist, and songwriter. His second novel Destroy All Monsters was published by Farrar, Straus & Giroux in Fall 2018. It received advanced praise from Don DeLillo, Janet Fitch, Dana Spiotta, Ben Marcus, and Dennis Cooper. His novella Novi Sad was published as a limited edition art book and selected for "Best of 2016" lists in Vice, Lit Reactor, and Entropy. His first novel Mira Corpora, published in 2013, was a Finalist for the Los Angeles Times Book Prize and featured on numerous Best of the Year lists, including Slate, Salon, The New Statesman, and Flavorwire. His short fiction has appeared in Guernica, Vice, New York Tyrant, and The Collagist and been performed in New York and Los Angeles by New River Dramatists.As a playwright, six of his plays have been produced by the Obie Award-winning Collapsable Giraffe company in New York City. Vine of the Dead: 11 Ritual Gestures debuted in 2016 at the Westbeth Arts Center. Dream of the Red Chamber: Performance for a Sleeping Audience, an adaptation of the epic Chinese novel, debuted in Times Square in 2014 to rave reviews. Botanica was selected by the New York Times as one of 2012's most galvanizing theater moments.He holds an M.F.A. from NYU and is the recipient of fellowships from the MacDowell Colony, Baryshnikov Arts Center, Virginia Center for the Creative Arts, and Hambidge Center.
Loading...
or support indie stores by buying on