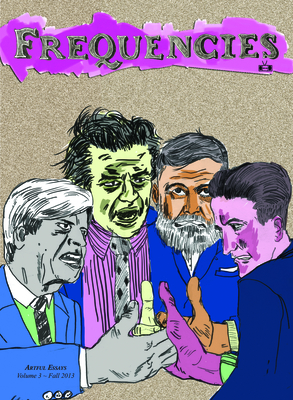 From "Writing on the Road":

Norman Mailer] likes to say that all novelists are actors at heart. Over the years, it's been a useful metaphor . . . a reference to the voices and identities he explores at his desk, but tonight he's pushing it into reality. He's an actor unqualified and the role he plays is Hemingway, the writer whose voice he sought to emulate when he discovered it more than sixty years ago, the writer whose suicide some forty years ago, made him realize, as if for the first time, the immeasurable risk of the profession he had chosen.

From "This is Not a Trend: Krump and the Ko-opting of Krumpness":

At once a code, an essence, an ideal, an ethic, a force, a thing, and a state, krumpness for the krumper is in all seriousness akin to godliness, bestowed upon the krumper, or so real krumpers say, by no less than God Himself. . . . The youths in this scene, every last one, are so far down in the folds of krumpness, the world of their daily existence has been subsumed to them themselves--for this brief time, they are the world.

The latest installment of Frequencies follows Norman Mailer and George Plimpton to Vienna for a staged reading of "Zelda," based on correspondence between Ernest Hemingway and the Fitzgeralds. D. Foy tracks krump, from street-art to reality television.Plus: Antonia Crane on being down-and-out in San Francisco, and a discussion between photographer Lynn Davis and husband, Rudolph Wurlitzer.

Lawrence Shainberg is the author of Crust, Memories of Amnesia, Brain Surgeon, and Ambivalent Zen. He has had work published in Harper's, The Paris Review, and The New York Times.D. Foy has had work published or forthcoming in Bomb, Post Road, The Literary Review, The Georgia Review, Forty Stories: New Writing from Harper Perennial, and Laundromat, an homage to photographs to laundromats throughout New York City (powerHouse Books).Antonia Crane has a column on The Rumpus and has been published in Slake, PANK, The Los Angeles Review, SMITH magazine, Black Clock and lots of other places.
or
Buy Here
Copyright © 2020 American Booksellers Association