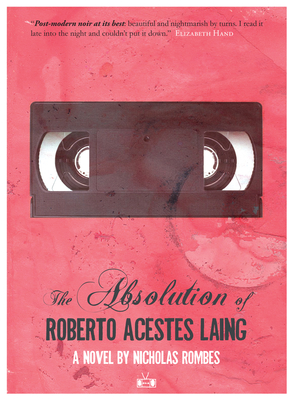 The Absolution of Roberto Acestes Laing

"The novel is an attempt to write about film through fiction, engaging both art forms at once with the analytic mind of the academic and the imagination of the storyteller. In the process, Rombes found the freedom of fiction pushing him towards a new type of writing. For the reader, there is little we can know for sure, but this is what makes the book so exciting."
--Irish Times

Synopsis
In the mid-'90s a rare-film librarian at a state university in Pennsylvania mysteriously burned his entire stockpile of film canisters and disappeared. Roberto Acestes Laing was highly regarded by acclaimed directors around the globe for his keen eye, appreciation for eccentricity, and creativity in interpretation.

Unsure at first whether Laing is a pseudonym or some sort of Hollywood boogeyman, a journalist manages to track the forgotten man down to a motel on the fringe of the Wisconsin wilds. Laing agrees to speak with the journalist, but only through the lens of the cinema. What ensues is an atmospheric, cryptic extrapolation of movies and how they intertwine with life, and the forgotten films that curse the lost librarian still.

Nicholas Rombes teaches in Detroit, Michigan. He is author of Ramones from the 33 1/3 series and the book 10/40/70. His writing has appeared in The Believer, Filmmaker Magazine, the Los Angeles Review of Books, n+1, and The Rumpus.
Loading...
or
Not Currently Available for Direct Purchase