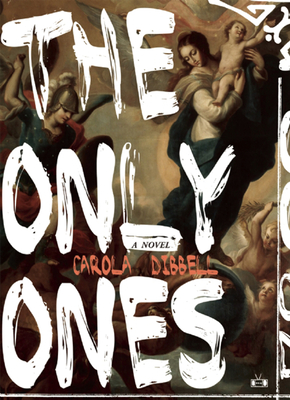 Fascinating... A heart-piercing tale of love, desire and acceptance. Readers will be mesmerized by Dibbell's staccato prose as much as they are by the harrowing circumstances this mother and child must endure.
--Washington Post Breathtaking. Dibbell has] delivered a debut novel on par with some of the best speculative fiction of the past 30 years; The Only Ones deserves to be shelved alongside Margaret Atwood's The Handmaid's Tale, Nalo Hopkinson's Brown Girl in the Ring, and P. D. James' The Children of Men. It's that good, and that important, and that heartbreakingly beautiful.
--NPR A genre-bending work of punk-rock science fiction.
--Nylon Densely written but swiftly told, this first novel from rock critic Dibbell starts out as literary dystopia and ends up as a deft study of human identity, desperation, and longing.
--Library Journal A well-known rock critic, Dibbell infuses her debut novel with the stylistic grace of a seasoned writer.
--Time Out New York On the other side of Aldous Huxley's brave new world is Carola Dibbell's braver one, all the more unsettling (and maybe even more profound) for being not five hundred years from now but five minutes, in a time at once beyond our control and too immediate to escape. Brilliantly conceived, passionately defiant, deeply felt, The Only Ones introduces -- in the form of central character Inez Fardo -- one of the most memorable and compelling first-person voices in recent American fiction.
--Steve Erickson A bracing, tough minded, farsighted novel about bravery and endurance, motherhood and the way life goes on even after the world ends. Every sentence pierces.
--Kelly Link

Inez wanders a post-pandemic world, strangely immune to disease, making her living by volunteering as a test subject. She is hired to provide genetic material to a grief-stricken, affluent mother, who lost all four of her daughters within four short weeks. This experimental genetic work is policed by a hazy network of governmental ethics committees, and threatened by the Knights of Life, religious zealots who raze the rural farms where much of this experimentation is done.

When the mother backs out at the last minute, Inez is left responsible for the product, which in this case is a baby girl, Ani. Inez must protect Ani, who is a scientific breakthrough, keeping her alive, dodging authorities and religious fanatics, and trying to provide Ani with the childhood that Inez never had, which means a stable home and an education.

With a stylish voice influenced by years of music writing, The Only Ones is a time-old story, tender and iconic, about how much we love our children, however they come, as well as a sly commentary on class, politics, and the complexities of reproductive technology.

Carola Dibbell is a highly regarded rock critic whose fiction has appeared in the New Yorker, the Paris Review, Fence, and Black Clock. Writing about books as well as music, Dibbell was a Village Voice contributor for many years. The Only Ones is her debut novel.

Carola Dibbell is a highly regarded rock critic whose fiction has appeared in The New Yorker, Paris Review, Fence, and Black Clock. Writing about books as well as music, Dibbell was a Village Voice contributor for many years. The Only Ones is her debut novel.
Loading...
or
Not Currently Available for Direct Purchase