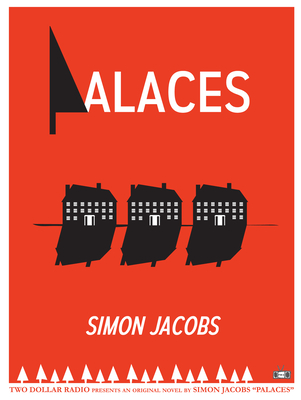 Jacobs's terrifying debut novel is a master class in anxiety and atmosphere. Jacobs creates a setting that fans of Jeff Vandermeer's Southern Reach trilogy will enjoy while still offering up fresh frights, including a wolf in the foyer, a screaming child in the closet, and a knife that keeps showing up, no matter how many times John throws it away. Jacobs is a writer to watch; his talent for crafting an immersive, scary narrative is undeniable. --Publishers Weekly, starred review John and Joey are a young couple immersed in their local midwestern punk scene, who after graduating college sever all ties and move to a perverse and nameless northeastern coastal city. They drift in and out of art museums, basement shows, and derelict squats seemingly unfazed as the city slowly slides into chaos around them.
Late one night, forced out of their living space, John and Joey are driven to take shelter in a chain pharmacy before emerging to a city in full-scale riot. They find themselves the only passengers on a commuter train headed north, and exit at the final stop to discover the area entirely devoid of people. As John and Joey negotiate their future through bizarre, troubling manifestations of the landscape and a succession of abandoned mansions housing only scant clues to their owners' strange and sudden disappearance, they're also forced to confront the resurgent violence and buried memories of their shared past.
With incisive precision and a cool detachment, Simon Jacobs has crafted a surreal and spellbinding first novel of horror and intrigue.