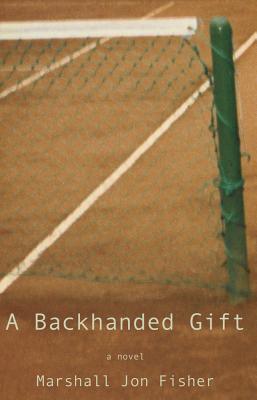 It’s the late 1980s, just before the fall of the Berlin Wall, and Robert Cherney, a 30-year-old aspiring writer, has left New York City for a job teaching tennis in Munich. Aside from private lessons, he coaches the Maccabi Club men's league team, a motley group of neurotics whose eccentricities seem exacerbated by their situation as Jews living in Germany. They have made fortunes in postwar Germany but are hounded daily by the ghosts of the past and wracked with guilt over living so blithely among their parents’ tormentors. One of the players on Robert's team is his best friend in Munich, Max Altmann, a successful and wealthy young businessman who is also Robert’s employer, landlord, provocateur, and guide to Munich's nightlife. In addition to trying to figure out his life and not go crazy teaching tennis, Robert is trying to forget Lexa, the focus of years of erotic obsession back in New York. Helping him are Ingrid, a 40-ish Maccabi member and tennis pupil, and Veronique, a 25-year-old Jewish graduate student whom Max tries to set up with Robert. Love, tennis, sex, frustrated artistic ambition, and the dilemma of being a German Jew are all ingredients of this literary delight that is at turns serious and comedic.


Praise For A Backhanded Gift: A Novel…

“Fisher has gotten hold of some mighty themes: war and peace, love and death, sports and savagery. . . . As the match enters its final set, all the narrative pieces lock together, and A Terrible Splendor becomes as engrossing as the contest it portrays.”  —Washington Post on A Terrible Splendor

“Rich and rewarding.”  —Wall Street Journal on A Terrible Splendor

“Enthralling . . . a gripping tale. . . . Wedding the nuances of a sport to broader historical events is a challenge, but Fisher pulls the task off with supreme finesse, at once revealing the triumph and tragedy of a remarkable tennis match.”  —San Francisco Chronicle on A Terrible Splendor

Marshall Jon Fisher is a writer whose work has appeared in the Atlantic Monthly, Discover Magazine, DoubleTake magazine, and Harper’s. He is the author of The Ozone Layer and A Terrible Splendor and the coauthor of Strangers in the Night: A Brief History of Life on Other Worlds and Tube: The Invention of Television. He lives in the Berkshires of western Massachusetts.