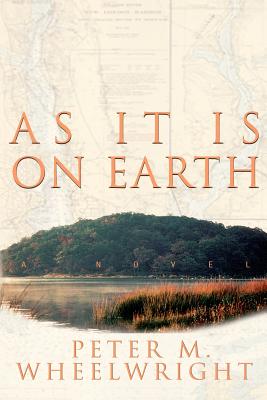 As It Is On Earth

As It Is On Earth received a 2013 PEN/Hemingway Honorable Mention for Literary Excellence in Debut Fiction.

Four centuries after the Reformation Pilgrims sailed up the down-flowing watersheds of New England, Taylor Thatcher, irreverent scion of a fallen family of Maine Puritans, is still caught in the turbulence. In his errant attempts to escape from history, the young college professor is further unsettled by his growing attraction to Israeli student Miryam Bluehm as he is swept by Time through the "family thing"- from the tangled genetic and religious history of his New England parents to the redemptive birthday secret of Esther Fleur Noire Bishop, the Cajun-Passamaquoddy woman who raised him and his younger half-cousin/half-brother, Bingham. The landscapes, rivers, and tidal estuaries of Old New England and the Mayan Yucatan are also casualties of history in Thatcher's story of Deep Time and re-discovery of family on Columbus Day at a high-stakes gambling casino, rising in resurrection over the starlit bones of a once-vanquished Pequot Indian tribe.

Peter Matthiessen Wheelwright is an architect and Associate Professor at Parsons The New School for Design, The New School University in New York City. His design work has been widely published in both the national and international press. The Kaleidoscope House, a modernist dollhouse designed in collaboration with artist Laurie Simmons is in the Collection of Architecture and Design at the Museum of Modern Art. He comes from a family of writers with an abiding interest in the natural world. His uncle is three time National Book Award winner, Peter Matthiessen, and his brother Jeff Wheelwright's third book of non-fiction, The Wandering Gene and the Indian Princess was published in 2012. As It Is On Earth is his first novel.
Loading...
or support indie stores by buying on