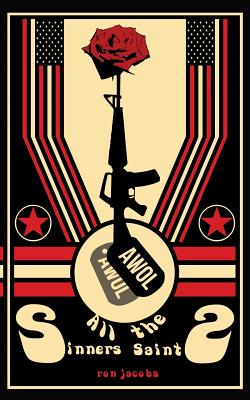 All the Sinners, Saints

A young draftee named Victor Willard goes AWOL in Germany after an altercation with a commanding officer. Porgy is an African-American GI involved with the international Black Panthers and German radicals. Victor and a female radical named Ana fall in love. They move into Ana's room in a squatted building near the US base in Frankfurt. The international campaign to free Black revolutionary Angela Davis is coming to Frankfurt. Porgy and Ana are key organizers and Victor spends his days and nights selling and smoking hashish, while becoming addicted to heroin. Police and narcotics agents are keeping tabs on them all. Politics, love, and drugs. Truths, lies, and rock and roll. All the Sinners, Saints is a story of people seeking redemption in a world awash in sin.This is the third novel in the Seventies series by Jacobs, and is a prequel to Short Order Frame Up (ISBN- 9780977459094) and Co-Conspirator's Tale (ISBN- 9780983206309).

Ron Jacobs is the author of The Way the Wind Blew: A History of the Weather Underground (Verso 1997) the novels, Short Order Frame Up, The Co-Conspirator's Tale and a collection of essays titled Tripping Through the American Night. He is a frequent contributor to Counterpunch and Dissident Voice. His articles, reviews and essays have appeared in anthologies and numerous print and online journals, including Jungle World Berlin, Monthly Review, The Sri Lanka Guardian, Vermont Times, Alternative Press Review and the Olympia, WA based monthly Works In Progress. He currently lives in Burlington, VT. and works at a library.
Loading...
or support indie stores by buying on