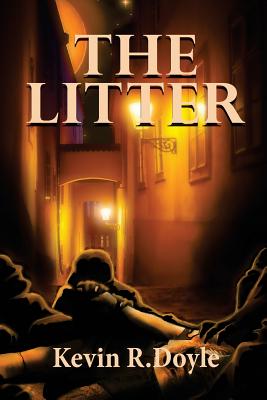 They kept to the shadows so no one would know they existed, and preyed on the nameless who no one would miss. Where did they come from, and who was protecting them? In a city that had seen every kind of savagery, they were something new, something more than murderous. And one woman who had thought she had lost everything there was to lose in life would soon find that nothing could possibly prepare her for what would come when she entered their world.

A high school teacher, college instructor and fiction writer living in central Missouri, Kevin R. Doyle has seen his short stories, mainly in the horror and suspense fields, pub-lished in over twenty-five small press magazines, both print and online. In 2012 he began venturing into the book publica-tion field. First with a mainstream novelette and then, in 2014, with the release of his first full-length mystery novel. A native of Kansas and graduate of Wichita State University, Doyle teaches English and public speaking at a high school in rural Missouri and has taught English, journalism and Spanish at a number of community colleges in both Kansas and Missouri. In the summertime, he can be found either toiling away at the computer or vacationing along the Gulf Coast. You can find out more information at his website, www.kevindoylefiction.com, or contact him on Facebook at www.facebook.com/kevindoylefiction.
Loading...
or support indie stores by buying on