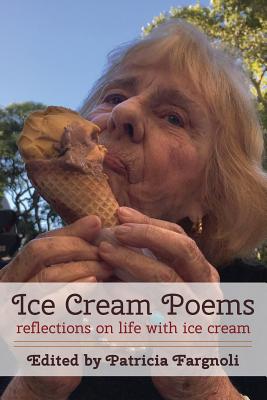 reflections on life with ice cream

Ice cream, ice cream, who wants ice cream? Hundreds of poets not only
said a resounding "yes," but wrote about it. And from those hundreds, I
accepted the 125 poems you will find here from 27 different states plus
Australia, France, Iraq, Spain, and Tunisia.

The poems are as various as the flavors of ice cream: long poems, short
poems, and in addition to traditional free-verse narratives and lyrics:
experimental poems, poems in forms such as sestinas, sapphics, sonnets,
prose poems.

When I accepted the job of editing, I wondered if I'd be bored by so many
poems about ice cream; I wondered whether there would be hundreds of
poems about The Good Humor Man or Dairy Queen. But I needn't have
worried, I was never bored. The Good Humor Man and Dairy Queen poems
were there, of course, but I was amazed by the wide variety of subjects:
light humorous poems, sweet poems, lusty poems, dark poems, poems
about childhood memories, a poem about Obama's first date, and a poem
with Paul Newman in it.

I am pleased with this final collection of ice cream poems. I think readers
will enjoy them as much as I enjoyed reading and selecting them.