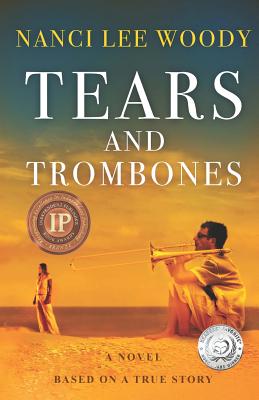 A depression-era boy wants badly to become a musician against the wishes of his hard drinking, heavy equipment operating father. His long-suffering mother wants him to escape the kind of life she's had and supports his musical dream. He convinces himself that music is the most important thing in his life and marries the woman who has set her sights on him and is willing to support his musical obsession. Joey winds up in the symphony and performing in Hollywood, backing up the likes of Johnny Cash at Folsom Prison, The Beach Boys and Frank Sinatra. But he lets the love of his life, the high school beauty that he adored from the first encounter, slip away. Tears and Trombones is a roller coaster of highs and lows with humorous twists and poignant turns as we watch Joey pursue his dream.

Nanci Lee Woody authored many textbooks when she was both Dean of Business and teaching business classes at American River College. Her poems have been published in anthologies and online. One of her short stories appears in The Sand Hill Review, 2014 and she also wrote the book and lyrics for the musical Hello to Life! produced in Sacramento. An avid photographer and artist who works in oils, pen and ink as well as colored pencil, Woody's work has appeared in numerous juried shows in the Sacramento area and in the KVIE annual auctions. A music lover her entire life, Tears and Trombones is her first novel.
Loading...
or support indie stores by buying on