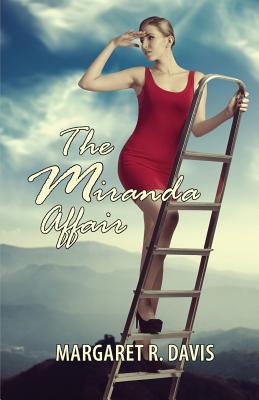 It's San Francisco, 1989. Ambitious 39-year old Katie Carlisle works for a large corporation that is threatened by greatly increased competition. When the story starts, she is optimistic about the future. She is being groomed by her manager to take his place when he retires, and is secretly developing a strategy to make their company more competitive.

But then her dreams are threatened. Under pressure from the shareholders, the company CEO hires ruthless efficiency expert, Barry Bryce, to do basically what Katie had planned to do. A hostile rivalry develops between Katie and the new "hatchet man" and Katie finds herself losing the battle.

Further complicating the situation, their CEO insists the company find a position for his current love interest, Miranda Peabody. Miranda is attractive, seductive, and not too bright. Although both Katie and Barry initially regard her as an annoying but temporary distraction, her hiring turns out to have serious consequences for them all. Then comes the October earthquake which, paradoxically, throws all options open again.

As Katie struggles with office politics, her love life continues to confound her. While still recovering from a painful breakup with a long-term boyfriend, a new man enters her life. She finds him attractive but considers him unsuitable husband material, and, furthermore, is deeply suspicious of his intentions toward her. Barry Bryce also struggles--in his case, to balance the demands of his career with a challenging marriage.

Many readers will see The Miranda Affair as a parody of large company life: employees who joke that "procrastination is our middle name," the company officer who urges everyone to become "lean and mean," but who also seeks a well-paid spot for his current mistress; an employee's earnest efforts to write an honest report on a failed project--only to be told the report must be rewritten as a whitewash so as not to distress the shareholders.

The action of the story takes place over 25 years ago when the digital revolution in the workplace was just starting and when the standing of women in large corporations was weaker than it is now--or so some might argue.