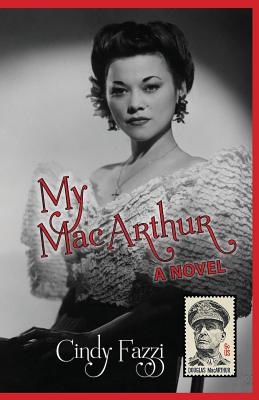 The year is 1930. The place: Manila. Douglas MacArthur is the most powerful man in the Philippines, a United States colony. He's fifty years old, divorced, and he falls in love at first sight with a ravishing young Filipino woman. He writes her a love note on the spot. Her name is Isabel Rosario Cooper, an aspiring movie actress. One glance at his note and she thinks of him as my MacArthur.

MacArthur pursues his romantic obsession even though he's breaking numerous taboos. She reciprocates his affection because he could open doors for her financially struggling family. That MacArthur happens to be handsome compensates for the fact that he's as old as her father.

When MacArthur is appointed the U.S. Army chief of staff, he becomes the youngest four-star general and one of America's most powerful men. Out of hubris, he takes Isabel with him to America without marrying her.

Amid the backdrop of the Great Depression, MacArthur and Isabel's relationship persists like "a perilous voyage on turbulent waters," as she describes it. In 1934, after four years of relationship, MacArthur leaves Isabel for fear of a political scandal.

The general goes on to become the iconic hero of World War II, liberating the Philippines and rebuilding Japan. Isabel drifts in Los Angeles unable to muster the courage to return to Manila. As he ascends to his special place in American history, she plunges into a dark place, ultimately meeting a tragic death.