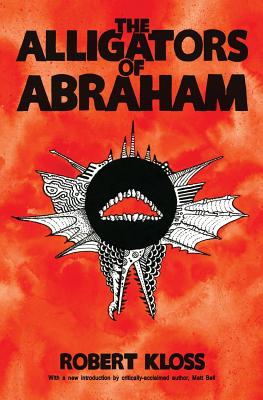 The Alligators of Abraham

It's the skull-fucking you didn't know you needed.
-Liberty Hardy, Book Riot

THE CULT CLASSIC RETURNS WITH A NEW DEFINITIVE EDITION

Robert Kloss's The Alligators of Abraham is a fever dream built from the fly strewn corpses of armies, the megalomania of generals, the madness of widows, the fires of mourning, the fury of the poor, the indifference of the wealthy, and the ravenous hissing of those alligators who have ever plagued the shores of our national nightmares. The Alligators of Abraham is a Civil War epic unlike any other.

A novel as lyrical as it is precise in its depiction of the struggle to maintain dignity.
-Adam Braver, author November 22, 1963

Robert Kloss's words gnaw into the collective dark underbelly unconsciousness of the 19th century which, in many ways, we've never entirely gotten over in America.
-Rebecca Brown, author of American Romances