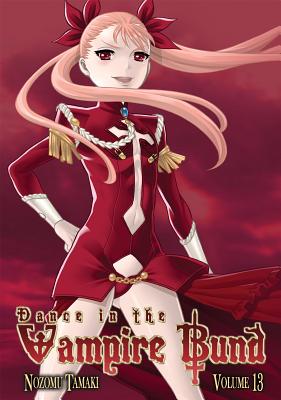 Dance in the Vampire Bund, Volume 13

Mina Tepes, the princess of the ancient covenant and ruler of all vampires, wants change. Using the vast wealth of the Tepes line, she has paid off the entire gross national debt of Japan and in so doing, gained the authority to create a special district off the coast of Japan that is a haven for vampires from all over the world.

With Akira, her lycanthrope boyfriend/bodyguard by her side, Mina struggles to keep her rivals and enemies at bay while they seek to sabotage her plans at every turn.


Praise For Dance in the Vampire Bund, Volume 13…

"A wicked addition to the vampire action gang." —VAMPYRES ONLY

Nozomu Tamaki, is the writer/artist of Dance in the Vampire Bund and the artist of Angel Para Bellum.
Loading...
or
Not Currently Available for Direct Purchase