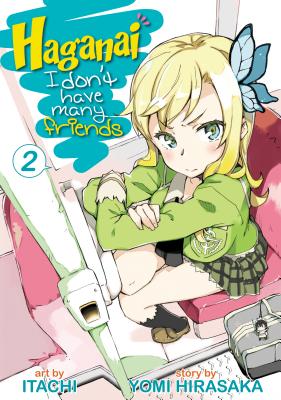 I Don't Have Many Friends, Volume 2

The geeks shall inherit the earth
A wild and offbeat comedy about social outcasts who are obsessed with fandom, "Haganai: I Don't Have Many Friends "is like "Genshiken," the "Melancholy of Haruhi Suzumiya "and "Toradora "all wrapped into one.
""
"Haganai: I Don't Have Many Friends "began as a light novel series in Japan, and has been adapted into two hit manga series, an anime series streamed online by FUNimation, and a video game for the Sony PSP. Funination is also streaming the second season of the anime starting January 22, 2013.

This is the second volume of an ongoing manga series that is sure to appeal to today's manga fans in the same way "The Big Bang Theory "appeals to geeks.