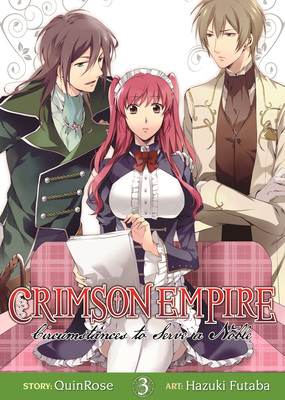 Circumstances to Serve a Noble

In the final volume of this trilogy, the relationship between Sheila, Prince Edvard, and Prince Justin is not what you'd call "normal." Sheila, born into a life of hardship, is now Price Edvard's head maid, but is caught up in a desperate love triangle between Edvard and his brother Justin. As the three continue their dance of courtship and skkullduggery, Sheila must come to terms with her own true feelings. When the smoke clears, which prince wil she choose and who will sit upon the throne?

The gripping conclusion to a three-part tale of romance and court intrigue!