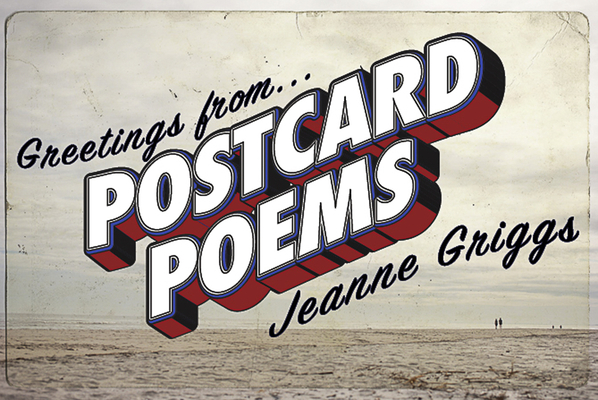 Poetry. Fiction. In days before selfies and social media, postcards were a ubiquitous feature of travel, providing both means of communication with friends and family while away, and souvenirs of journeys once back home. Even if not quite gone, they seem more than a little nostalgic now, as do many of the poems in Jeanne Griggs' new collection, POSTCARD POEMS. By choosing to present her poems as short notes that could fit on a postcard, she has opted for a formal brevity; and the conceit of holiday communication allows her to write both about place (so that her poems are often both ekphrastic and epistolary'--a neat trick) and about the people in her life. Travel, of course, is always a journey through both exterior and interior spaces, physical and mental, and we witness both in these often wistful poems. A visit on Cape Cod with friends, women of a certain age, affords an opportunity to live like in the books, / without any of the fuss / of having to sustain anything / except ourselves. Children grow up over the span of these travels, despite her wishing she had caged them, holding onto the past. A third visit to Niagara Falls is the first without her son'--the first time / you were too young to remember / and the second too old to want / to come along'--who is now far off in Siberia on travels of his own. Iowa is a place equally exotic, known only from watching a baseball movie / ...until we left our daughter / there, and they drive long out of the way to visit the Field of Dreams site, And it was there, / just like we'd seen it, / in real life. Stopping South of the Border she buys picture postcards of this place on the way / to where we're actually going. That's a good description of the mosaic of life that is constructed out of these brief notes, a chronicle of stops along the way until, in the final poem, all future plans suspended... / we are / still saving up from our last trip.